Now yes: we finish the year, but not fun or leisure (hopefully). Although these measures at the end of December (and the beginning of January) are not usually full of news, we have enough reissues, offers and ideas so that nobody has to be forced to resort to the ingestion of polvorones to spend the time. See you in a week with another 13 plans, and may you start the year in the best possible way.

‘The King’s Man: The First Mission’

Four years after the not very excellent ‘The Golden Circle’ the secret agents with the undisputed mark of Mark Millar (that is, outdated, ironic and ultraviolent) in a prequel with a cast that is breathtaking. Ralph Fiennes, Charles Dance and Gemma Arterton lead a spectacular cast in which the origin of the spy agency that will protect the shadow world is explained.

‘The West Wing of the White House’

Aaron Sorkin’s absolute classic is part of NBC’s abundant catalog of classic series, but surprisingly it joins the HBO Max grid from this month despite the fact that it belongs to Universal. Let’s not look for too many explanations for the situation and enjoy an absolute classic of modern and political television, splendidly discussed, planned and interpreted, and we pray that it is the first of many recoveries.

Very little by little (at the moment only the first episode is available) the long-awaited spin-off of ‘The Mandalorian’, starring one of the most charismatic antiheroes of ‘Star Wars’, lands on Disney +. We return to the tone and rhythm of the western, to the desert environments and to explore in depth the fauna and the inhabitants of Tatooine in a series that will show us the adventures of the bounty hunter as the planet’s new crime lord and, in flashbacks, how he got there. Frankness camp, zero technological exhibits and a lot of narrative verve for a space opera at ground level.

On the last day of the year, once again, the new season of ‘Cobra Kai’ arrives, which has not lost any of its honest charm: originally raised as a kind of nostalgic nod to one of the key sagas of youth cinema of the eighties, soon unveiled a unique heart and a very powerful lovable comedy undertone. In this new season a new enemy of Daniel lands, as always direct from the original films. The melon of Jackie Chan and Hillary Swank has to be opened.

We have put it, with all the rights, in our list of the best of the year, and from this day 1 it arrives with the basic subscription to Filmin. This romantic comedy in the style of ‘Trapped in Time’ stars Andy Samberg and Cristin Milioti as a young cynical couple who have to make their past love story succeed during a wedding and in the middle of an explosion of temporary loops.

The final stretch of the year is scarce in weight novelties, although without a doubt between stores that give away first-rate titles, heart-stopping offers and how much you have accumulated, the shortage of launches should not be a problem. All in all, we have recovered some titles that have reappeared in the last month and that should be recovered. Like this ‘Fights in Tight Spaces’, which Despite its title, it is not an action game, but a roguelike of decks with labyrinthine mechanics and set, yes, in one of those hyper-choreographed scenes of mass combat in a good action movie.

Since that brilliant original classic arcade game, the ‘Shovel Knight’ saga has grown with forays into different genres. The last one is this fun mix of action and puzzle, with dungeons, final bosses… and ‘Tetris’ look. We will have to group enemies to deliver the most powerful blows and we will have at our disposal ten different heroes, each with their peculiarities, which will lead us to different styles of play. And of course, for a tip, a Versus mode.

Available on Xbox Game Pass, this attractive title from Image & Form Games, creators of the ‘SteamWorld’ series, offers us a different approach to the planet exploration genre. On an alien planet you will have to clean all the detritus and garbage with a special device that we carry on our arms. One of those memorable and well-cared games in all its aspects that run the risk of going unnoticed in the face of excess news.

The latest trilogy of ‘Tomb Raider’ games and all of its DLCs close the week of gifts in the Epic Store in a big way. The fantastic reformulation of the most well-known heroine in video games, consisting of the games ‘Tomb Raider: GOTY Edition’, ‘Rise of the Tomb Raider: 20 Year Celebration’ and ‘Shadow of the Tomb Raider: Definitive Edition’ is, as always, available for a limited time and they will be yours forever once you download them.

One Recipe book very different from the usual, and in this case it is based on the powerful and terrifying myths of Cthulhu by Lovecraft. Accompanied by illustrations by Kurt Komoda absolutely consistent with the content, and under the motto “What terrifies the eye can be delicious to the stomach”, Mike Slater collects recipes as suggestive as Shoggulash, Atlach-Nachos or Nog-Sothoth, the liquor in the punch-bowl. All this with ingredients that belong to this side of reality, but with frankly unearthly results. Iä, Iä, Iä !!! 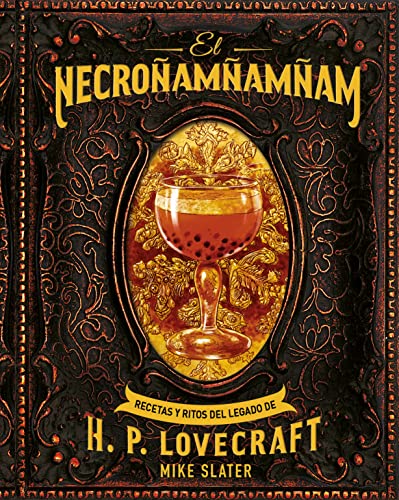 Absolute classic by maestro Richard Corben with scripts by Jan Strnad, which it is finally reissued as God intended in an edition that includes both parts of this iconic apocalyptic storywith the added juicy extras, a must-have for fans of Corben’s fascinating creative process. Our protagonist is Dimento, a noble mutant who tries to survive after the end of the world in a wild environment where he will meet fans, mad scientists and creatures of all kinds. 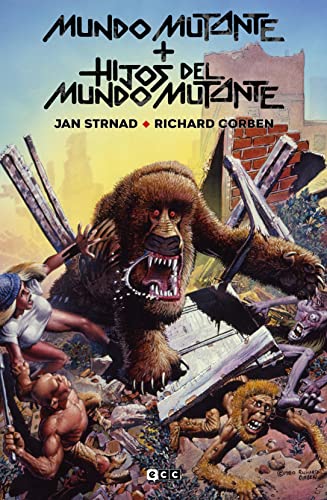 The second season of Manuel Bartual’s successful audio fiction has been developed entirely under the Podium Podcast umbrella. This new project by one of our most unclassifiable creators was born during the first stages of confinement, but this second year has allowed him to be more technically ambitious, always respecting the format of the informative organ of a research and technological development center of the future. With a magnificent roster of voices and the bewildering imagination that its creator always boasts, Biotopía concludes its second season this week with a few surprises in tow.

The winner of a Pulitzer Steven Millhauser presents in this collection of stories a very representative sample of his prose. Halfway between lyrical fantasy and reflective portrayal of everyday miseries, Millhauser resorts to circus performers, inexplicable phenomena, and unbridled imagination over and over again in his stories. Obsessed with replicas, mirrors and coincidences, his stories are a bath of that lyrical imagination that we are so in need of. 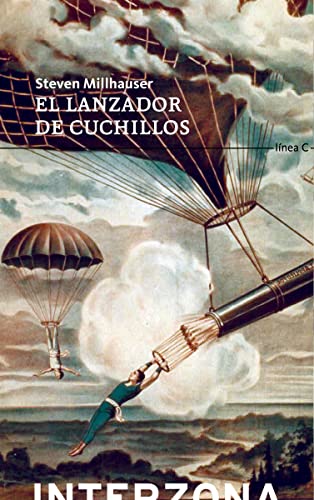