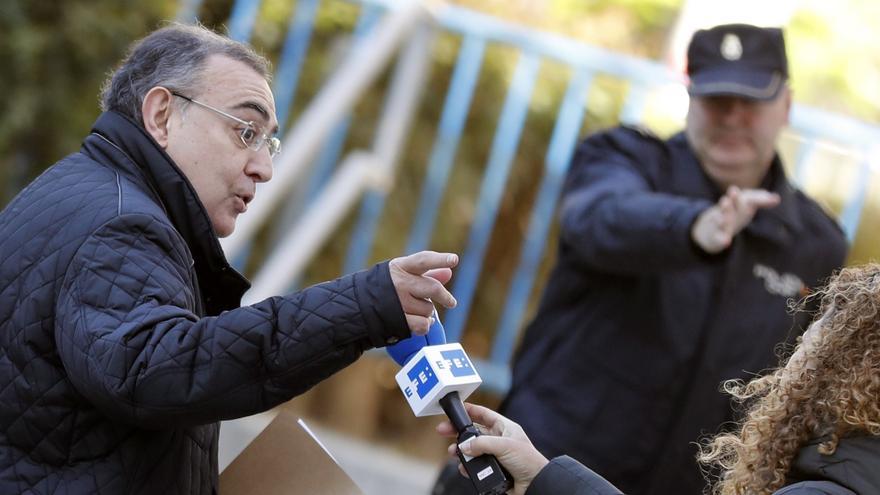 The head of the Central Operational Support Unit (UCAO) during the Kitchen operation, Commissioner Enrique García Castaño, confessed on March 26 at the National Court the objectives and implicated in the espionage of Bárcenas, causing a qualitative leap in the investigation in the direction of political leaders and the Popular Party. García Castaño assures that the policeman who worked on leave of absence with María Dolores de Cospedal in Castilla-La Mancha in that summer of 2013 reported directly to the General Secretary of the Popular Party.

“There was a first level that was Gómez Gordo who dispatched, I think he dispatched, with the president of Castilla-La Mancha; later Mr. Villarejo had other types of contacts …”, says García Castaño, nicknamed El Gordo in the Police , to the judge in his second statement in piece 7 of the Villarejo case, to whose audios elDiario.es has had access.

At that moment, Judge García-Castellón interrupts him and asks if he means that Gómez Gordo “passed information to his boss.” “Yes,” replies the police command.

García-Castaño begins by explaining the essence of Operation Kitchen: “The other part that is transmitted to me from the Ministry of the Interior was to discover if Mr. Bárcenas had taken some hard drives from the headquarters of the Popular Party in which the financing that the PP had received from donations, the payments in B that had been made and those received from donations and all that … “.

His boss, the deputy operational director, Eugenio Pino, ordered him to find out, says García Castaño, “where Mr. Bárcenas has the money and who are his front men.” But he adds: “At the same time, I also have meetings with the Secretary of State for Security (Francisco Martínez) and he was very interested in knowing everything there was about Mr. Bárcenas.” “He tells me that the concern is that this man has stolen some hard drives where all the PP accounting is, the payments that were in B”, he adds.