The financial markets have already exhausted 2021 of the long-awaited economic recovery. However, the uneven success achieved in the fight against the pandemic has prevented a general comeback in investment assets and also a return to the old financial normality.

The year has passed Panic ensued with the appearance of each of the new variants to the hope caused by the approval of each new drug to combat the deadly virus. Thus, price lurches have not been lacking despite much more restrained volatility than in 2020.

The bottlenecks in the supply chain have caused more than one tightening of prices in raw materials. The central banks have rethought their roadmaps. And investors have delved into the new and almost forced dynamics that debuted just a few months ago.

1) Ibex 35: The Spanish stock index par excellence has closed 2021 with a comeback of 7.9%. Very far from the forecasts that analysts made a year ago and 16% of their prices prior to the outbreak of the pandemic. And it is that, the selective has returned to become for the second consecutive year in the red lantern among its European neighbors.

The comparison with other indices in the region is painful. And whether the reference is established against selective of the central economies of the Eurozone as if it is done with those considered peripheral. Two examples: the German DAX closed 16% higher and the Ftse Italian MIB posted gains of 23%.

2) Rovi: The pharmaceutical company has been, without a doubt, the revelation value of the Spanish parquet. With a revaluation of 94.7% in the year, it has not only led the table in the Ibex 35, but has also achieved the second position in the whole of the Continuous Market. Only behind eDreams Odigeo (+133.5%).

The impeccable financial record of the laboratories has been reinforced in recent months by its association agreement with Moderna to produce its Covid-19 vaccine in Europe. A boost that investors have been able to appreciate by making more bets and higher prices for the company, which thus achieved join the king index of the Spanish stock market in its last revision of the year. And unseating a historical like Viscofan.

3) S&P 500: If last year was the year of the Nasdaq, this has been the year of the broad index of the New York Stock Exchange. The rotation of investment positions from technology to sectors with a more cyclical cut and value It has been the engine that has been scoring one after another up to 70 historical records throughout the year.

With an accumulated revaluation of 28% -in the absence of what it does in the New Year’s Eve session-, the S&P 500 points to finish a year for the first time beyond 4,800 points. An upward path in which it has not been alone, since the Dow Jones has added 19% to its graph and the Nasdaq, far from retracing its 2020 rally, has accumulated another 28%.

4) Apple: The technology giant par excellence has once again become a protagonist in the US market. The iPhone manufacturer has managed to maintain its business figures with the launch of new devices and thus has looked at the unusual capitalization of 3 billion dollars.

The figure, hitherto unknown in the stock market, requires a price per share of 182.85 dollars, a level that has resisted him. However, the figure is only one step away, just 16 months after reaching the 2 billion market valuation and only three years after having traded for the first time above one billion.

5) GameStop: The well-known chain of video game stores has been without a doubt one of the revelations of the year. Chosen by hordes of small investors to start a wave of speculative attacks on small listed companies in low hours, has been the seed of a new operational strategy in the markets.

The now known as formula of the ‘meme stocks‘ has been the result of bringing speculation into the ‘peas’ of a lifetime at its maximum expression. Between annual minimums and maximums, GameStop has left a fork of 2,728% and many of its business problems are still pending resolution due to a restructuring plan that continues to run into obstacles to its execution. 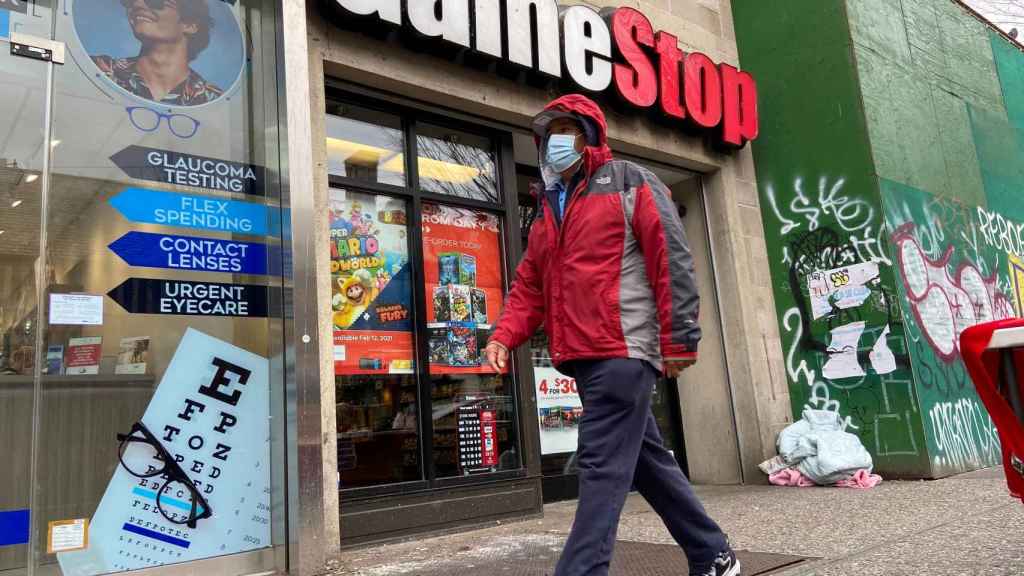 Entrance to a GameStop store in New York City.

6) Evergrande: Once again it has been fulfilled that when china sneezes, the rest of the world catches a cold. The rumors that in September that the main real estate developer of the Asian country was practically on the verge of a technical bankruptcy due to its high indebtedness -of more than 300,000 million dollars- caused the tremor of all the markets.

The rapid handling of the situation by Beijing meant that the sinking of Evergrande never materialized. Even after having defaulted due to the impossibility of meeting the coupon of some of its bond issues, complacency set in quickly in the market. Everything has been, for the moment, in a scare.

7) Tapering: Central banks have been one of the key players in the complicated balance that has sustained the fragile economic recovery on a global scale. After having brought out the heavy artillery in 2020 to face the worst consequences of the pandemic, in the final stretch of the year they have begun to withdraw. At least in his speech.

This step back is what is known as tapering. A winding path in which the large monetary institutions must measure each step well to avoid a collapse of the economy or, conversely, its overheating. Although at the moment no one is considering slimming down the bulging balance sheets that have accumulated after years of continuous financial risks.

The Bank of England It has been one of the most determined, having already carried out its first rate hike since the Covid-19 crossed the borders of Europe. Meanwhile, the US Federal Reserve (Fed) has slowed down its pace of purchases and is planning three hikes in official rates for next year. The European Central Bank (ECB) has only proposed a softening in its purchases and has indicated March for the expiration of its PEPP emergency program.

8) Copper: The coppery metal has acquired a special shine throughout this 2021. supply bottlenecks caused by a limited supply due to the stoppage of activity in many mines and by an aggressive stockpiling of raw materials by industrial factories has resulted in a 25% increase in price, although by May it reached 40%. 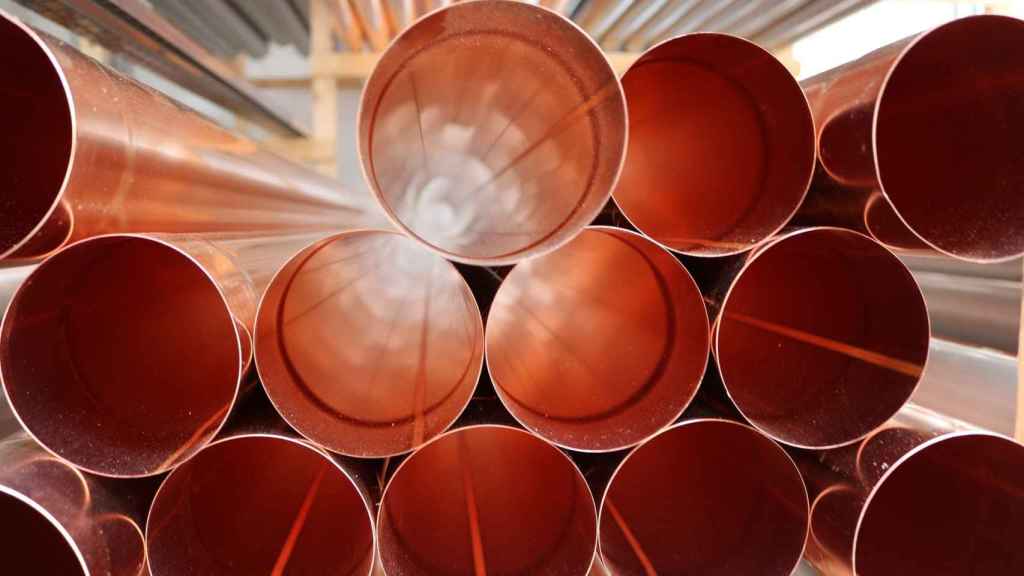 Stacked copper pipes in a factory.

The vertical increase in prices of industrial raw materials such as this and of energy costs has been the engine that has accelerated inflation to unknown heights in three decades and has put the policies of central banks in a bind. And the imbalances caused after a year and a half of the pandemic threaten to continue distorting prices.

In the specific case of copper, demand has also been reinforced by the promotion of green energy. From the International Renewable Energy Agency (Irena) they calculate that the global demand for copper could double by 2030 and almost triple in 2050.

9) Bullion: Investors in precious metals received good news in the final stretch of the year. Spain joined for the first time the investment grade gold coin issuing countries: the precious ones bullions. Only 12,000 pieces will be issued with a face value of 1.5 euros but a market price close to 1,800 euros.

Despite this, gold has shone less strongly this year. Confidence in the economic recovery and the general good tone of equities resulted in more modest investment flows towards the precious metal, which ended the year with a 5.8% loss in its price. More than 300 dollars from its all-time highs August 2020. 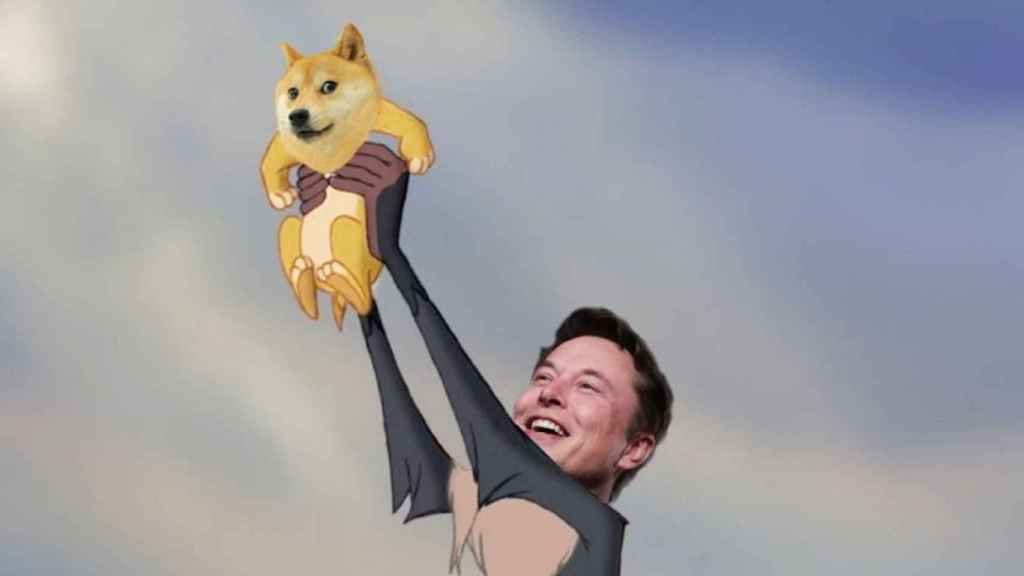 Clipping of the meme published by Elon Musk about dogecoin.

10) Dogecoin: After the emergence of a year ago, cryptocurrencies have established themselves as one more asset in the portfolios of many investors. The bitcoin has remained king, but the search for new investment opportunities has opened the sights towards other digital currencies such as dogecoin.

The currency born as a parody of inflation in traditional monetary systems has become the favorite speculation vehicle of many investors. And a good party of them have come to her following in the footsteps of Elon Musk, because the founder of Tesla has become one of its great diffusers.

Throughout 2021, the dogecoin has accumulated a resounding revaluation of 3,650%. From the 0.004670 dollars of last New Year’s Eve to the 0.175 to which it has fired this exercise. Incontestable.