Since last July 1, it is possible to use the V-16 emergency lights to replace the signaling triangles, but the truth is that current devices have an expiration date. This has been clarified by the General Directorate of Traffic, which has indicated that the V-16 devices that can be found today, as they are not connected to the plataforma DGT 3.0, they will not be valid from 2026.

According to the DGT, in January 2022 the process to certify the lights will be published that comply with the mandatory luminosity and connectivity from 2026. In other words, Currently there are no certified V-16 devices on the market connected to DGT 3.0, so all those users who have one of these lights, in the long run, will have to change them. 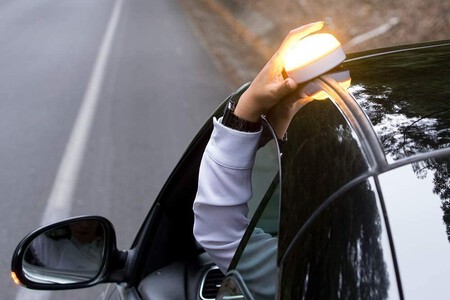 According to Traffic, it will be in January 2022 when the process to certify the V-16 lights is made public. Thereafter, the manufacturers of these devices will be able to go to technical services to get certification and, in this way, verify that they comply with the characteristics of luminosity and connectivity.

On the other hand, it is developing a modification of Royal Decree 159/2021 (where the requirements of these lights are included) to add the homologation requirement. It is expected to come into force from the second half of 2022Therefore, the lights compatible with the DGT 3.0 platform (ergo, those that will be valid from 2026) will not arrive until the second half of the year.

The new Traffic Law will come into force on March 21: what changes and how it hardens after the modifications

Thus, and in the words of the DGT, “citizens who acquire a device with uncertified and not connected light, should know that they will have to make a new purchase of said device connected to DGT 3.0 before January 1, 2026, when said connectivity will be mandatory “.

In summary, there are still no V-16 devices on the market connected with the DGT 3.0 platform, so buying a signal right now means buying another one again in a while. In order to facilitate the purchase for users, the DGT will publish on its website (when the time comes) the V-16 devices that meet the requirements.

It should be noted that as of January 1, 2026, it will be mandatory to carry the connected V-16 signal in the car. Until that date, the triangles will coexist with the unconnected V-16 signals (and with those connected when they hit the market). In other words, current V-16 lights can and will be used until 2026, as long as they meet certain visibility, power, light type and restraint conditions.

The current V-16 emergency lights will not be valid from 2026: the DGT explains the reason

was originally published in