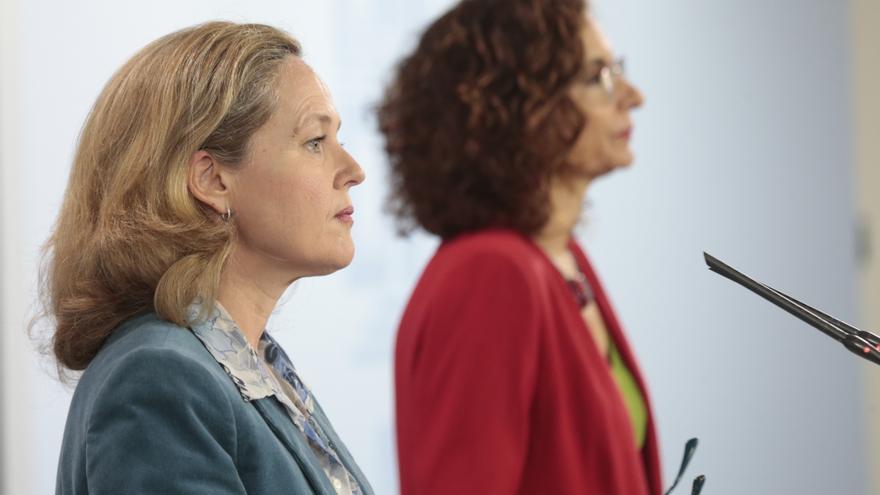 2020 will be a year to forget in every way. The Government announced this Monday that the economic forecasts for this year will be worse than those announced in spring, with a collapse of 11.2% in the economy, but indicates that GDP growth in 2021 will reach 7.2%, and may even be between two and three percentage points, up to 9.8% of GDP, with the averages of the Recovery Plan with European funds that the President of the Government will explain this Wednesday. With these forecasts, the Government has increased the spending ceiling for the General State Budgets for 2021 by 53%, to 196,097 million euros. Both the measures to fight the pandemic and the impact of the crisis with a drop in income will mean that the deficit will skyrocket to 11.3% for this year and will be reduced to 7.7% by 2021.

The Vice President of Economic Affairs. Nadia Calviño, has presented this new economic picture as a prelude to the design of the General State Budgets for 2021. Calviño explained that the new figures for 2020 respond to a worsening of the fall in GDP due to the worst performance of the Spanish economy in the third quarter with a drop of 13%.

The real recovery will come in 2021, when the Spanish economy will experience growth of 7.2%, driven by private consumption that will increase 8.3% and investment, which will rise 7.2% next year, and also by the foreign sector, with a boost of imports, 11.7%, and exports, 8.6%.

With these forecasts, the Minister of Finance and Government spokesperson, María Jesús Montero, has announced an increase in the spending ceiling of more than 53% for 2021, to 196,097 million euros. The jump is monumental, if one takes into account that the Executive of Pedro Sánchez had raised before the pandemic a spending ceiling of 127,609 million in 2020, 3.8% more than the previous year.

Calviño has assured that without the measures implemented by the Government – “they have mobilized more than 5% of GDP in budget support and 15% of GDP in liquidity,” he pointed out – to mitigate the impact of the coronavirus on the economy and the job destruction the economic disaster would have reached 25% of GDP and the disappearance of more than 3 million jobs.

With these expenses, Montero has worsened his public deficit forecast, predicting a mismatch of 11.3% of GDP this year, and has established a deficit reference rate of 7.7% in 2021, assuming the State 31,882 million of the deficit of the Social Security and the autonomous communities.

The Minister of Finance recalled that the European Commission and the Council approved last March to activate the general safeguard clause of the Stability and Growth Pact, which will remain active in 2021, which implies that States can suspend fiscal rules , thus operating with reference rates but with no real obligation to comply with them: the Central Administration contemplates a deficit of 2.4% of GDP, 2.2% for the CCAA, 0.1% for local corporations and 3% for Social Security.

Montero has indicated on other occasions that the Government will present the Budget project throughout the month of October so that it can be approved “at the end of December or the beginning of January.” During the month of September, both ministers of the PSOE and United We Can have held meetings with various political forces -from Citizens to ERC through EH Bildu or the PNV- to get support to approve public accounts extended from 2018.