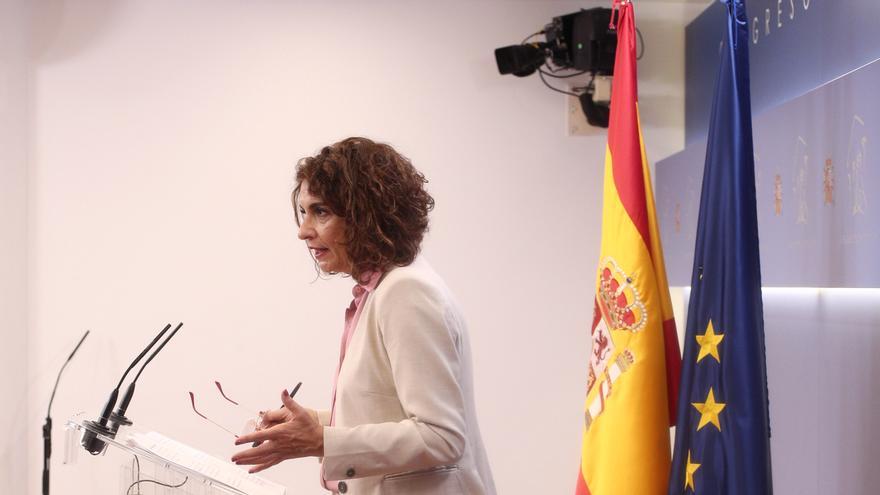 The Minister of Finance and Government spokesperson, María Jesús Montero, announced this Monday that the Autonomous Communities will have a deficit reference rate of 2.2% in 2021, after the Council for Fiscal and Financial Policy (CPFF). As there are no fiscal rules, the Autonomous Communities may borrow whatever they want but the Government has established that reference rate alluding to the responsibility of the Executives of the regions.

Montero explained that of this deficit proposed to the Autonomous Communities, the State would assume 1.1% with the approval of an extraordinary and balancing transfer of some 13,400 million euros. “We are not going to demand adjustments or cuts but we are going to demand fiscal responsibility from the Autonomous Communities,” Montero pointed out.

The minister has argued that the 2.2% of the deficit “is not a random figure”, but rather includes 0.6% of the consolidation of the deficit forecast for this year plus 1.4% of the Fund’s contribution. COVID-19 paid in 2020 and 0.2% of GDP with the lowest global financing that the financing system throws up.

The annual amount that the Autonomous Communities will receive in 2021 amounts to 113,728 million, 1,933 million less than the previous year. However, this difference is offset by a greater margin of public deficit that the Government undertakes to finance through extraordinary liquidity mechanisms.

The minister added that payments on account for 2021 will amount to 105,589.40 million. Although Montero has insisted that it was the same amount as in 2020, the reality is that it is 0.26% less compared to the payments on account of 2020. In addition, the regional governments will receive 9,076.04 million for the positive settlement of the year 2019.

The 2.2% figure had caused some suspicion among some Autonomies because the central government had agreed with the Basque Country a deficit reference rate of 2.6% in 2020 and 2.2% in 2021. However, Montero It has denied that the Basque Country is being treated favorably and has insisted that there was no possible comparison between Administrations since the deficit of the common-regime communities is offset by the assumption of 1.1% by the central Administration.

On the other hand, the minister has pointed out that Spain will receive from the REACT-EU fund to reactivate deteriorated economic sectors and reinforce the health system and a pre-allocation of 12,436 million, of which 10,000 million will be distributed among the CCAA and 2,436 million will become part of the budget of the Ministry of Health, which will later be distributed among the regions for the purchase of vaccines and to reinforce primary care.

The representatives of the Autonomous Communities have attended the meeting after the Government’s decision to suspend the fiscal rules for all administrations for this year and 2021, after communicating the European Commission that it also extends the authorization to the Member States of not be subject to deficit, debt and public spending targets.

This has been the previous meeting for this Tuesday the Council of Ministers to approve the new macroeconomic framework, with a forecast of a double-digit drop in GDP (between 11% and 13%) in 2020, as well as the new limit of non-financial spending, known as the spending ceiling, even as a reference element since there is no requirement for a deficit level by Brussels. It is the prelude that kicks off the General State Budget for 2021.

The minister has indicated on other occasions that the Government will present the budget project throughout the month of October so that it can be approved “at the end of December or the beginning of January.” During the month of September, both ministers of the PSOE and United We Can have held meetings with various political forces -from Citizens to ERC through EH Bildu or the PNV- to get support to approve public accounts extended from 2018.