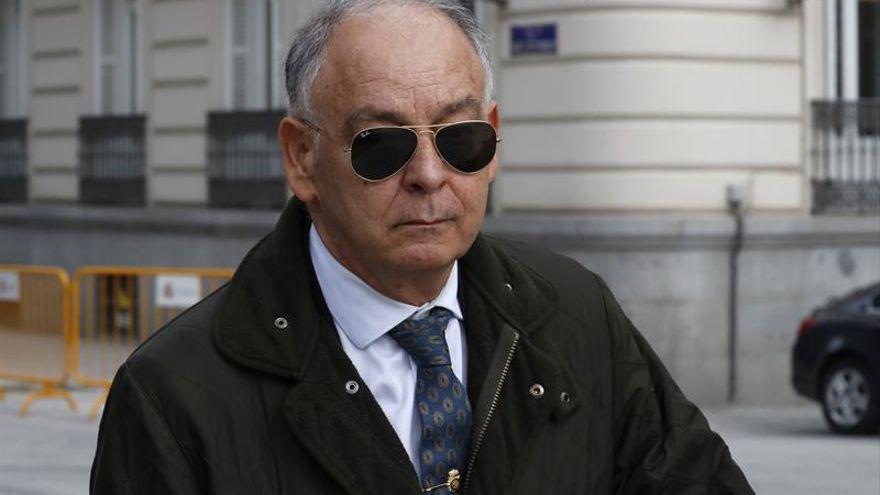 Commissioner Eugenio Pino’s statement in the Kitchen case portrays a time in the Ministry of the Interior and the Police. At one point in his statement as being investigated for the espionage of Bárcenas, the deputy director of operations between 2012 and 2016 assures: “We have carried out operations that would make our hair stand on end. For citizen security and for the interest of Spain.” The statement to which the audios correspond was produced in October 2019. Pino is the architect of the Police political brigade that allegedly acted against the opposition and in favor of the Popular Party.

Eugenio Pino is accused of knowing and directing the parapolice operation to recover evidence that could compromise leaders of the Popular Party in the irregular financing of the party and in the collection of bonuses. When he makes this statement before Judge Manuel García-Castellón and the Anticorruption prosecutors, Commissioner Pino is referring to the use of reserved funds that, on the other hand, he frames within the law. Kitchen’s summary has revealed the lack of control over reserved funds that occurs within the Police.

Pino’s statement comes to irritate the judge and prosecutors for their alleged ignorance of basic issues of the device on the Bárcenas family, for which his maximum collaborators are accused, all the members of the political brigade of the Police that operated those years.

Pino intends to downplay the Bárcenas monitoring device, which the investigators falsely attribute to an attempt to recover the money hidden by the former treasurer, and refers to it as “a circumstantial and tangential matter” within the activity of an institution of ” 70,000 people “, alluding to the Police.

The judge interrupted him: “The impression you give me is that you are trying to mask the importance of the Bárcenas operation. It affected the Popular Party, those who had appointed you and you cannot consider it as a matter of a person who has 70,000 police officers under your charge and that you go to know what each one of them is carrying. We are talking about Operation Bárcenas, of extraordinary importance, it seems, for the leaders of the Popular Party with some sentence that has been out there. ”

Pino insists that they were “remnants of the Bárcenas affair.” “From scraps, nothing, forgive me. From scraps, nothing!”, The instructor García-Castellón replies visibly annoyed, who reminds him that in piece 7 of the Villarejo case an extrajudicial operation is being investigated to favor the Popular Party by of public officials.

When the prosecutor Miguel Serrano takes the floor, he warns Pino: “Even if you do not want to dress as a DAO (deputy operational director), do not worry, the prosecutor is not going to jump: he recognizes his status as DAO and even if it seems that we are not speaking to the DAO, I will have to consent to it. ”