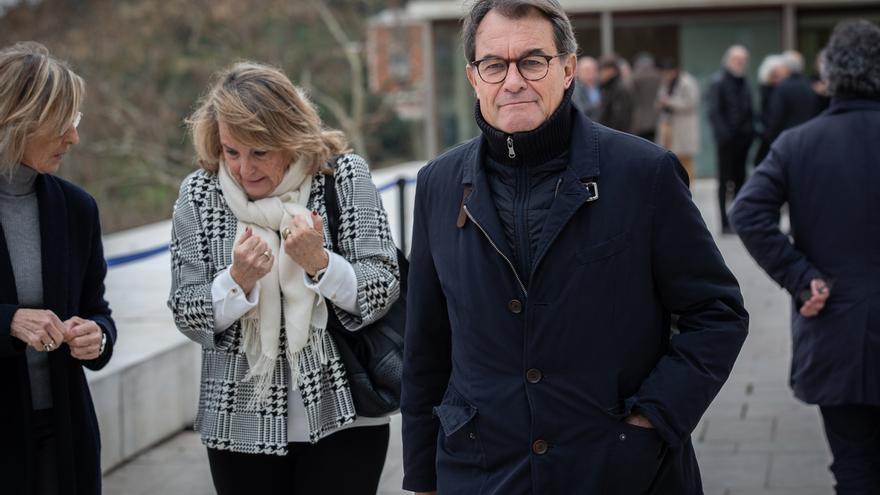 It is not always the case in corruption cases that thieves return the loot. But the Palau case is on the way to becoming an example of how Justice, although late, does manage to recover the looted money. The Barcelona Court has revealed this Monday that the two main convicts in the case, Fèlix Millet and Jordi Montull, have already returned 9.2 million of the 23 they looted. In addition, the robes have agreed that Convergència Democràtica de Catalunya (CDC) auction 23 properties to return to the Palau and the Treasury the 6.6 million it collected in illegal commissions.

So far, the Barcelona Court has recovered more than nine million euros from those convicted in the Palau case. Half of the funds correspond to the voluntary payment that Millet and Montull made at the beginning of the case to avoid jail, and the other half derives from the sale of real estate carried out by order of section 10 of the Audiencia, the court that judged in first instance the case and in charge of the execution of the sentence.

In the absence of deciding the fate of three of these nine million, for the moment the Consortium of the Palau de la Música has already been compensated with 2.4 million, the Fundació Orfeó Català with 2.5 and the Associació Orfeó Català with 0.9 . They will be pending to return 16.6 million. To this end, the court has ordered 56 properties seized definitively from the condemned to be put up for auction: Fèlix Millet (22 properties), Jordi Montull (5 properties) and Gemma Montull (6 properties), as well as the 23 headquarters definitively seized from CDC.

As the main novelty, the court has decided that the money from the sale of the Convergència headquarters is destined in the first place to return the funds to the affected entities -the Palau de la Música, the Orfeó Català and Hacienda- and that the rest will be destine to the State.

This decision clashes with the claims of the Federation of Neighborhood Associations of Barcelona (FAVB), which exercises the popular accusation. The FAVB understands, like the court, that the Palau ruling declared that the audience was not directly harmed by the commissions, since the cultural institution was only an intermediary for Ferrovial to pay the payments to the party. Consequently, the FAVB considered that the economic compensation of the Palau should be carried out by Millet and the Montulls as looters and that the 6.6 million seized from Convergència should be used for the general prevention of political corruption.

However, the court recalls that in the sentence there was no express pronouncement on the destination that would have to be given to the assets confiscated from CDC, so, in the process of execution, it agrees that they go to the Orfeó Català, the Palau de la Música and the Treasury because it is “irrefutable” that they were entities harmed by other crimes committed by Millet and Montull in their plunder.

“They are not directly harmed by the crime of influence peddling but they are by other crimes that have been tried in a single procedure and resolved in a single sentence,” the court resolved. For this reason, the Court estimates the appeal of the Palau and the Orfeó and agrees that the assets seized from CDC for a value of 6.6 million will be used in the first place to pay the civil liabilities of all the affected entities and administrations, among the that the Treasury also appears, and that the surplus goes to the State.