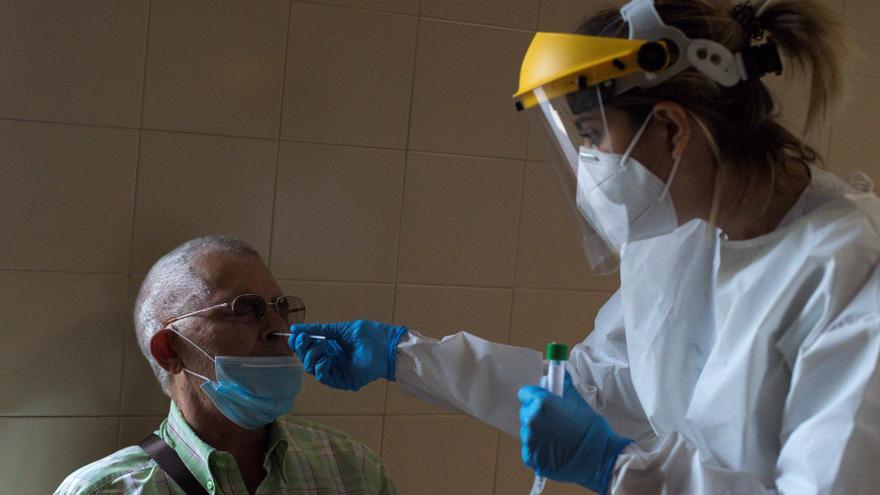 The Xunta prohibits in the city of Ourense meetings between people who do not live together, both indoors and outdoors, due to the “very worrying” situation of the spread of the virus in the municipality. In the town, meetings were already limited to a maximum of five people since last Wednesday. “The data suggest that the problem is there”, in the meetings between relatives who do not share a house, so the action of the Department of Health tries to “attack” this aspect and evaluate the results in five days. The details of the measure, which the Xunta uses for the first time and which will have some exceptions, will be published today in the Official Gazette of Galicia.

“The next step would already be very painful for the economy of Ourense and very restrictive, based on confinement. We have very critical weeks to reduce the contagion rate,” said the head of Sanidade, Julio García Comesaña, who demanded the collaboration of the citizenship. The councilor explained some of the issues that concern the situation in Ourense such as a significant increase in hospitalization, which will translate into “much greater hospital pressure” in two weeks; the average age of those infected, higher than in other areas; the rate of positive PCR tests, which is above the Galician average, and the incidence rates of the last three and seven days.

The health area of ​​Ourense, which corresponds to the entire province, has 850 coronavirus patients on this day and the incidence of COVID-19 in the city last Wednesday was close to 300 cases per 100,000 inhabitants, well above of the Galician average.

In addition, restrictions to limit capacity, meetings and consumption in bars of catering establishments are incorporated in the Cambados (Pontevedra) and Ortigueira (A Coruña) municipalities, the first in the Ferrolterra region in which measures of this type are established .