After the victories of Ripple before US courts, a whale has withdrawn $40 million in cryptocurrency from Exchange Binance in the last hours according to Arman Shirinyan en U Today.

A transaction surfaced online a few hours ago from an undisclosed investor who moved $40 million off the exchange. The address that ends with “t6JPxr” now has an amazing amount of 520 million XRP coins who has been betting since November.

The wallet address has not been tagged by the network, which remains unknown to the general public.

It has been continuously receiving various transactions from Binance, leading some users to assume that it is somehow connected to the centralized exchange and used for internal transfers.

But while some traders and investors have withdrawn their funds, others have decided keep them in the warm wallet of the exchange with this individual moving 50 million coins to the Exchange. It is not clear if the coins were sold or not.

The wallet used to make the transaction ended up with only five million remaining in its balance. Similar to the previous wallet, it has only been interacting with the Binance exchange, which could indicate that the wallet is being used for internal exchange transactions.

At press time, XRP has not reacted to large transfers at all, and daily volatility remains at the same level. However, the price of the coin fell by about 1%. The asset has been mostly following the general trends in the crypto market with no unorthodox moves since last December. 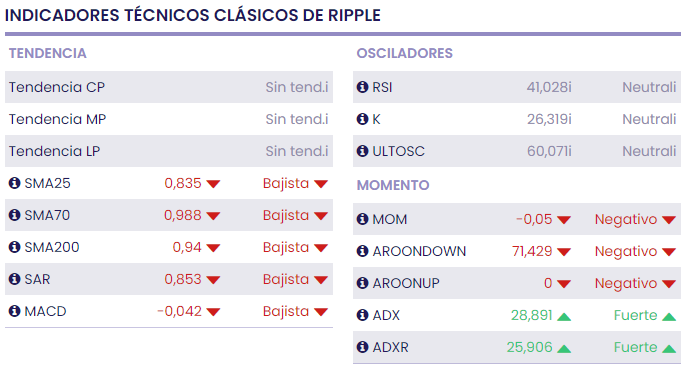 Ripple is trading at 0.7641 and Ei indicators are mostly bearish.