Chainlink (LINK) is one of the most used projects in the cryptocurrency industry. It helps different blockchains to interact with each other and also with external sources.

As it has a connection with the physical world, it manages to develop solutions not only for the cryptomarket, but also for traditional businesses, such as companies. As a bridge to valuable information in the link between the two worlds, it also becomes valuable.

Its Chainlink 2.0 version promises to innovate the cryptomarket by providing support and enabling much broader ranges of uses than today.

Chainlink is the bridge that connects smart contracts (smart contracts) to real world information (theff-chain), provided by the oracles, into a blockchain.

In case you don’t already know, the smart contracts are programmable digital contracts that execute themselves when certain pre-arranged conditions are satisfied.

Its main features are:

It is currently in the process of implementing its improvement products, where Chainlink 2.0 will “appear” as we will see in more detail later on.

How did it come about?

How does it work?

All platforms join a decentralized Chainlink network, and its decentralization helps to prevent conflicts in data transmission between different systems.

It uses multiple nodes (connection points and validation) to provide data to smart contracts and avoid single points of failure.

As it has decentralized participation, it guarantees not only security, but also that any user who wants to can contribute to the network.

Prior to its solution, a database that needed to receive or take external information had to rely on a third party. In other words, I needed someone’s trust. With her, this is no longer necessary.

What is it for?

By using smart contract technology and being a bridge between online and offline, it enables the development of numerous business models.

The result of a football match and the price of an air ticket, for example, can be transmitted into the blockchain securely, without fear of any kind of external manipulation. 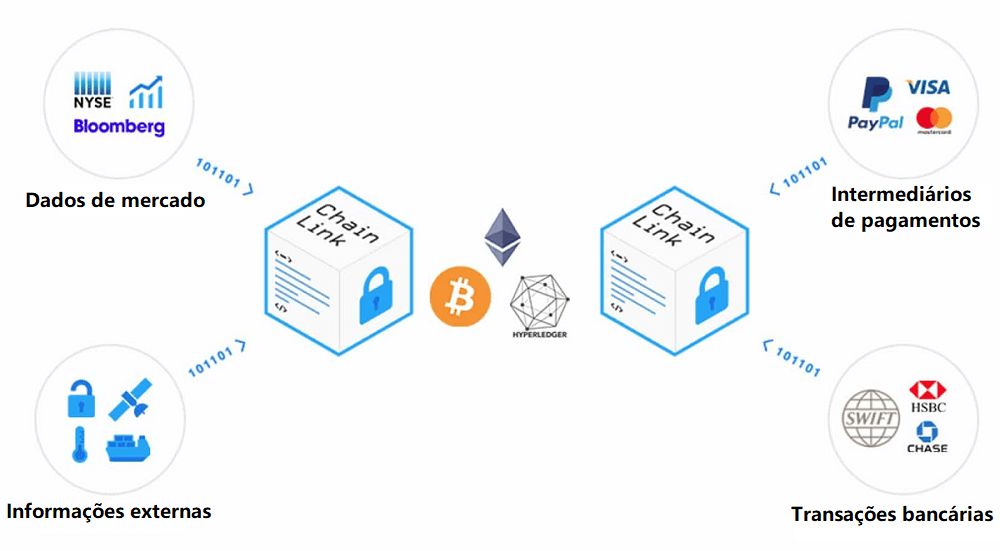 O Whitepaper which released its innovation products contains 136 pages. In it, it is verifiable that there are three main points of the new LINK:

One of the biggest criticisms of Chainlink it was the fact that it did not have a well-established staking policy.

O paper defined clearly how the asset monetary policy, with a format that gives privileges to the oracles that inform the best information for the network and severely punishes players who take malicious actions against the network.

Several products are mentioned aiming at the privacy of the users of their oracles.

The goal with this is to have a robust system of data encryption and promote the creation of safe environments for oracles to provide their information.

The update will also make your oracles easier to use for the end user. With that, its adoption will be greater, which ends up reducing the high costs of blockchains fees.

In addition, she also has plans for integrations with second layer solutions — like Rollups — which further increases the usability of the network and should reflect positively on the asset’s price.

In short, their advances will unlock a range of use cases for smart contracts state-of-the-art in any blockchain. As a consequence, will impact, positively, all or ecosystem.

Before, “only” Decentralized Finance (DeFi) was extremely dependent on its technology. With Chainlink 2.0, your system will also be used ​​for emerging applications in insurance, games, NFTs and much more.

As a result, the Chainlink 2.0 has the potential to revolutionize the asset and the entire cryptomarket, significantly impacting its price.

Where and for whom are your solutions important?

As mentioned earlier, Chainlink adds value to a variety of applications.

It plays a key role in increasing the usefulness of blockhain applications, given that 80% of smart contracts (applications like Uniswap and Synthetix) need data that is not present in blockchain.

For this reason, it has a key role in the infrastructure part of the DeFi market, allowing the existence of business models such as synthetic tokens and lending.

In addition, its VRF (Verifiable Randomness) product is capable of generating fundamental random numbers for existence blockchain games and that are also essential for the universe of applications of the metaverso — the main rising sector of the cryptocurrency market.

This process signals the posture of first mover (first to position) of the project in other application formats through blockchain, which can be a good posture due to the expansion of new market segments such as Web 3.0.

“We believe Chainlink will set the standard for NFT pricing on the network” said a spokesperson for JPEG, the NFT marketplace platform. 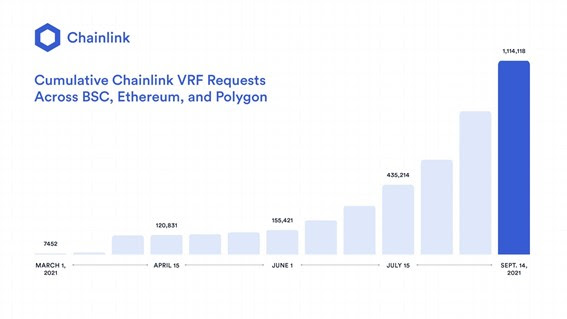 As if that wasn’t enough, Chainlink has also been looking to expand in the off-chain world, seeking partnerships with companies like AWS, Amazon’s Cloud service, and the AccuWeather, a company linked to meteorological data. 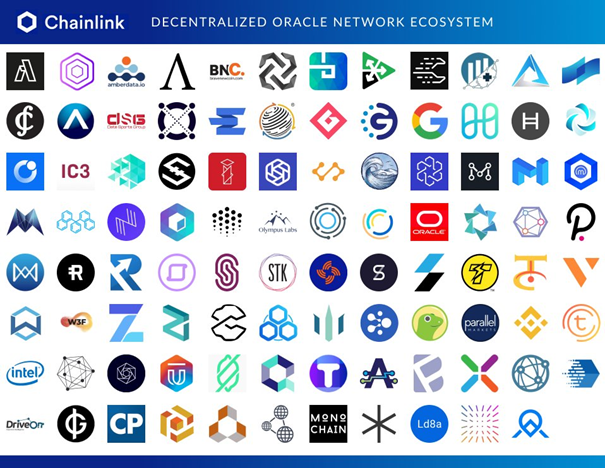 The project surpassed the mark of 75 billion dollars in TVS (Total Guaranteed Value) by its network, with more than 900 protocols using its system.

This means that more than 75 billion dollars they depend on their services for the applications that are using that capital to work properly.

This brand reinforces the big growth that the asset presented this year, both non-DeFi segment and part of NFT – Games.

The benefits that Chainlink brings go far beyond the removal or reduction of intermediaries: what we are seeing is the beginning of a redefining what the blockchain industry is all about, moving from being just about Bitcoin, and just about tokens, to being about many other things.

The shorter the distance between the physical and virtual worlds, the better, more accurate and robust the entire cryptocurrency ecosystem will be.

ChainLink, especially after all its improvements, will be the next step in the blockchain revolution — no wonder it has drawn so much attention from the big players in the market, whether off-chain or on-chain.