We are living in a world that will be increasingly digitized. Technological transformations are a constant and the decentralization of the internet through encryption is the next big digital revolution.

People have been exploited by technology companies. Essentially, we are being tricked into providing valuable data with little to no compensation from the companies that collect and benefit from it.

Tech giants like Google, Amazon, Netflix, Facebook and Microsoft are some of the few companies that currently make a huge profit from user data. However, that is about to change: with the Web 3.0, we will be rewarded for our time and data.

We are very close to seeing the next — and current, in some cases — generation of the internet. Through it, power, which was once concentrated in the Big Techs, is passing to individual users like you and me.

The internet was born built on open protocols such as HTTP, SMTP, SMS, FTP AND IRC for websites, email, messaging, file transfers and chat.

The first version of the Internet — known as Web 1.0 — arrived in the late 1990s. most sites were static pages and it was almost unanimous that users were (only) consumers, not content producers.

The sites weren’t particularly interactive. In addition, most services were paid for and controlled through licenses.

You couldn’t do much other than read stuff and post basic content for others to read. In other words, it was not possible to comment on a product or service, or even to contribute or modify its content.

It made the internet an environment of cooperation and participation, with ample freedom to reuse content. There is no central authority dictating specific rules, but an uncontrolled collective intelligence. 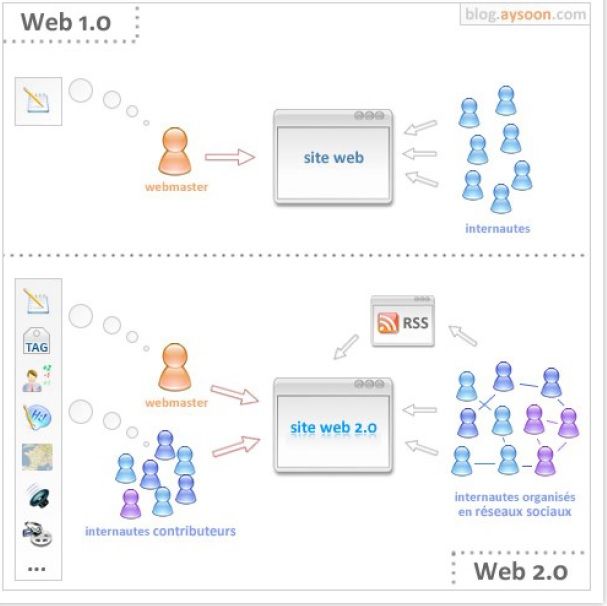 Some people also call Web 2.0 a “read/write” version of the internet, referring to computer code that allows you to open and edit files remotely and with some democracy, rather than just viewing them.

However, to make new interactions possible and customizable, platforms collect data from their users. Which? Everyone who can! Even the ones we don’t realize can be useful to “manipulate” us, like the time we spend reading the caption of an Instagram post!

Over time, the ability to collect data from people has grown so much that it has opened up a range of possibilities for companies — as mentioned earlier. In this way, they can not only improve our platform experiences, but also generate huge profits through – and with – our information. After all, they end up knowing us better than we know ourselves.

It came about with the co-founder of Ethereum, Gavin Wood, in 2014 and does not have a unanimous definition. However, it merges Web 1.0 with Web 2.0 by adding machine intelligence. In other words, it is being built on top of crypto-economic networks such as Bitcoin and Ethereum.

In it, machines join users in producing content and making decisions. In this way, Web 3.0 is capable of bringing products with high added value to both fronts, people and companies.

It seems strange and abstract, but the proposal is to bring a new form of interaction in the digital environment, which incorporates decentralization based on blockchains, the public and distributed database.

In other words, instead of users just interacting with “free” internet platforms in exchange for data, with Web 3.0, can also participate in the governance and operation of the technology-related projects themselves.

Now, data will be tied directly to people, the same thing happens with financial values. The user can take them wherever they want, having full control and portability over them.

Be rewarded and not just used. Have you thought?

Furthermore, the central idea of ​​Web 3.0 revolves around the consensus, with the financial aspect embedded. This is because projects like Theta (THETA) and the web browser are often (browser) Brave, whose token is the Basic Attention Token (BAT), incorporate technologies of various cryptocurrencies and non-fungible tokens (NFTs), rewarding their users.

That means people can become participants, earning by interacting — not just by being customers or products.

In the above examples, what we have is the following:

You may download Brave browser from here. Possibly, once you start using it, your only regret will also be that you didn’t start sooner.

Below are a few more examples of Web 3.0 themed protocols: 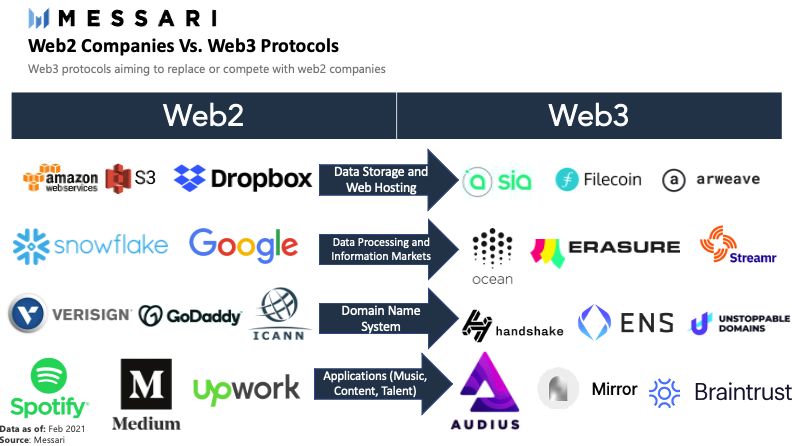 All data will be globally accessible, but existing data cannot be edited or changed. This also means that users will be able to send files in a copy-protected manner.

We will also have a rise of experiences hyper-personalised, changing their messages and media formats for each visitor. Combined with the technology of machine learning (automatic machine learning), the Web 3.0’s ability to learn and think will emphasize this rich experience for users.

With the features, it’s clear that Web3 takes us towards de facto ownership.

The image below illustrates the main features of this new technology: 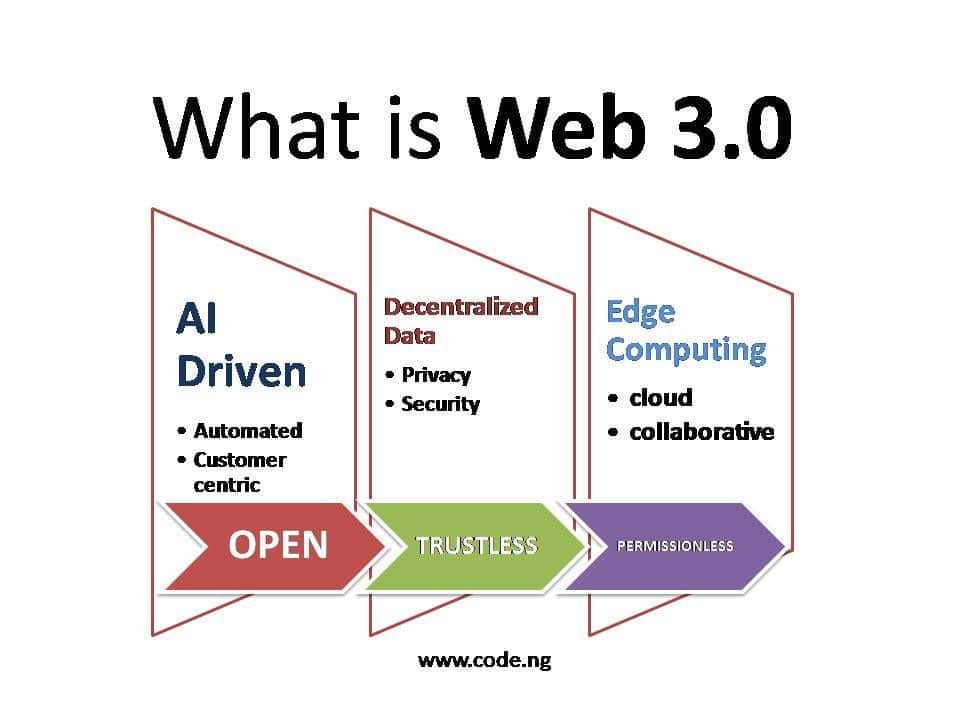 The future of the digital world

The discourse of decentralization sounds anarchic and anti-capitalist. However, by eliminating middlemen and intermediaries, the quest is to add value through a direct connection between suppliers and consumers.

Once everything you publish on the internet is registered on the blockchain, in non-fungible token (NFT) format, the author will have full control over his work. In addition to having its authorship always linked to it, the user will also have the power to authorize any use of it.

It’s not about taking money out of the system, it’s about changing the system. The transfer of money to those who create and those who consume optimizes earnings directly between contributors and users.

Before long, blockchain, Web 3.0 and NFTs will be absorbed and understood as easily as technology is today. You won’t have to explain the details of how it works, as with Instagram, a news site, or email.

Nonsense to worry? Not even! In case you don’t remember, Facebook, in particular, was highlighted numerous times for violating data privacy laws and was fined $5 billion in 2019 – the biggest penalty ever issued by the Federal Trade Commission (FTC).