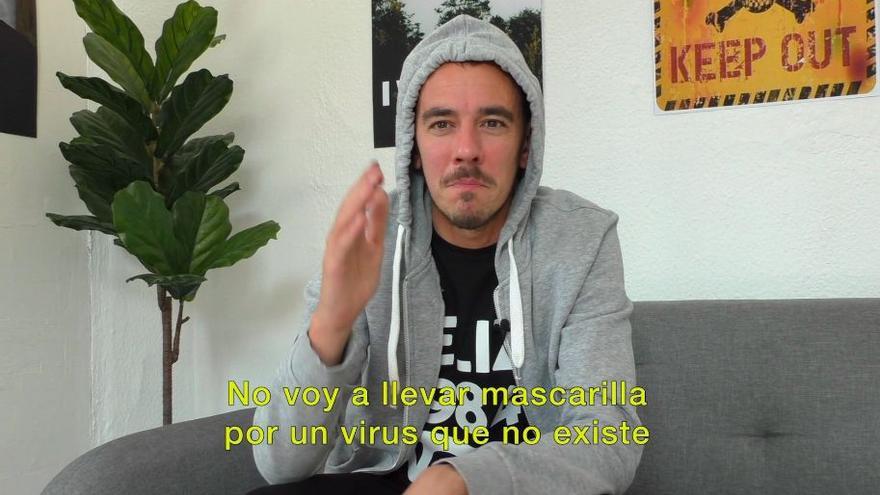 YouTube has censored this Friday a video in which the comic duo Pantomima Full, specialized in developing parodic content, caricatured the coronavirus denialist movement. According to the explanation offered by the duo, the video platform has blocked the content because its algorithms have detected “that it explicitly questions the effectiveness of the guidelines recommended by the WHO or the health or local authorities”, prohibited in its terms of use.

“I’m not going to wear a mask for a virus that doesn’t exist because that’s a fucking muzzle and I’m not a dog, I’m a free person,” says Alberto Casado ironically in the video, who is part of Pantomima Full with Rober Bodegas. The content is available on Twitter, a platform that has not prevented the content from being uploaded.

“I can pass you several videos and articles that explain why this virus does not exist as such”; “Of course I was at the demonstration because it’s fine now, life yes, 5G no!”; “If you question the official version, they call you a denier. I am not a denier, I am looking for the truth,” says Casado throughout the recording, parodying the topics usually associated with people who question the existence of the virus and the measures adopted by health authorities.

The veto of the parodic video of Pantomime Full comes days after YouTube announced that it is bringing back the human content moderators who left their offices after the arrival of the pandemic. Since then, the greatest weight of moderation has been delegated to algorithms, which had previously been criticized for being unable to discern a parodic content from one that is not.

However, problems with YouTube’s moderation algorithms have not been detected only in parodic content. Different scientific disseminators have denounced that the videos where they discredit the different conspiracy theories about the coronavirus are also penalized in visibility and recommendations by the platform, unable to discern that they are denying those false assertions about the disease and not reproducing them.